Kori, local ranger and advocate for the extermination of Jade Arachnoids, announced his candidacy for the Office of the Fen Presidency in a small gathering in Town Center today.

Kori made promises to include "MORE RANKS, MORE COINS, MORE MUSIC, and MORE MILK!!. Kori was not not available for questions following the announcement, but promised more information about his platform in the coming days.

Shortly after the announcement, a campaign poster appeared in local message boards. 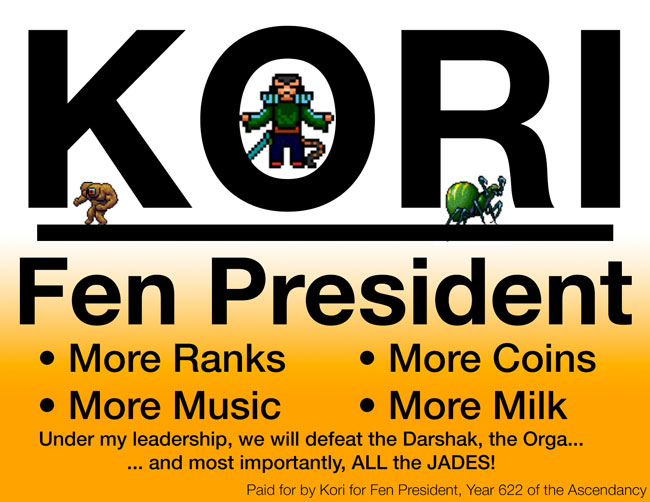 Kori appears to be the youngest candidate to ever run for the Office of the Fen Presidency.