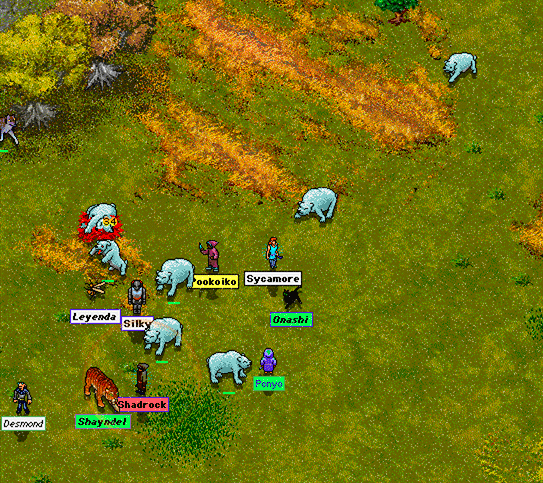 It was a crisp autumn day as we gathered our forces in TC. We took stock of our firepower, discussing where to go. Since a few of us hadnt been there yet, we decided to head towards the Vale. As we left OP, Pookoiko spotted a Lost Bear. Auspicious, we thought. We progressed east, where Shadrock and Silky found three more Lost Bears. Suddenly, it started to snow heavily.

As we made our way through the blinding snowflakes, we were alarmed to see an army of Lost Bears barrelling toward us! After killing the first one, we realized that they were actually Glacier Bears and their Cubs. Leyenda glanced at the sky and discovered that we were in the middle of a blizzard.

Onashi was able to get some cub lasties without leaving the Bison Plains! These were followed by waves of Frost Foxweirs, Alpine Timber Ferals, and more bears. Desmond, Bartzilla, Ponyo, and I healed furiously as the fighters slew these snowy beasts. Suddenly, two mistrals flew in from the east! After they killed Ponyo and Shayndel, we learned that they were called Stormlyric Kestrels. They were extraordinarily hard to hit. When the first one was killed, it was hunting for lowland prey. Curiouser and curiouser! 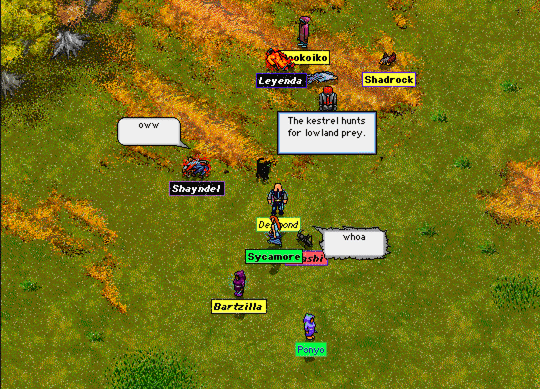 Borzon, our Arilonian Mage, came out of the library to help us investigate. After studying the unnatural aura for a few moments, he determined that the wind, the blizzard, and the snowy creatures were all blowing down from the tall peaks around us. He led us to the Foghaven Monastery for further investigations. 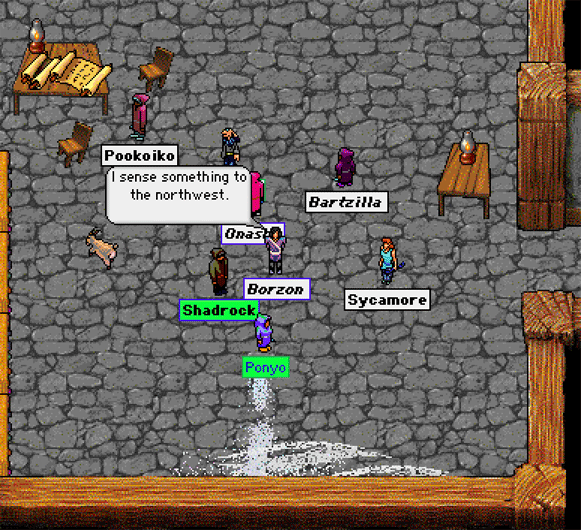 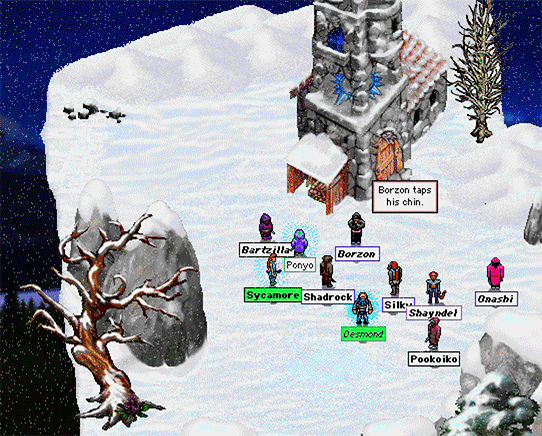 Almost as soon as we alighted at the monastery, Borzon sensed something off to the northwest. It was quite a sight, seeing him standing up there on the top of Foghaven peak, eyes cast to the sky, seemingly in a trance. We fought off the monsters while he communed with the spirits. After what seemed like ages, he came back to his senses. Eyes shining, he said that he had received a vision.

Borzon reports that he saw a figure with arms outstretched standing atop a mountain, with the blizzard billowing about them. As he reached out his senses, he felt her presence touch his mind. The Windspinner warned against meddling with things beyond our comprehension. She said that she was the leader of a third monastery and that she did not approve of Madrona and Pavaris investigations, being likely to lead to catastrophe. She warned against helping them and said that her own order does not welcome adventurers. Her last words asked for privacy; Do not cast your gaze upon me unbidden.