Recently Stinkfist took the Lore Tour on an astral projection adventure which ended, in an utterly unexpected and completely shocking twist, with him coercing the group into stealing something.

The entire incident is a bit...hazy. Not solely because we started the adventure by burning bags upon bags of kudzu in the middle of town center, but also because we were rapidly swept from location to location where we had to fight something hidden in the darkness . . . 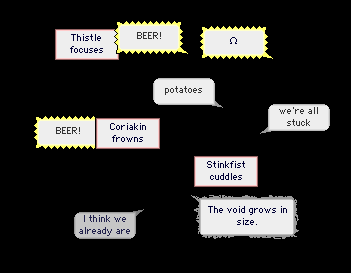 . . . a band of trools that seemed to have prior quarrels with Stinky, and the evils lurking within the shadow plane itself. Of the two moments of respite we were given, one was spent eating snacks on a floating rock in the sky, and the other was used to steal an obelisk from a meshra village. 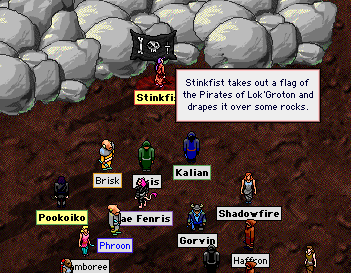 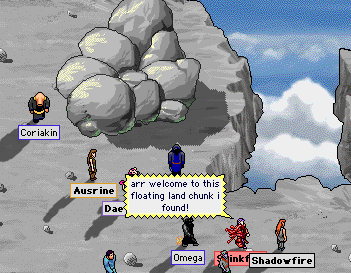 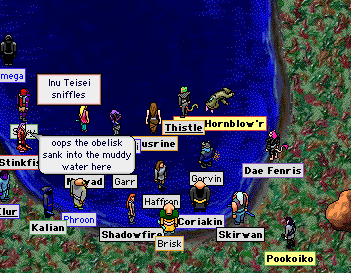 I tried to abstain from the burglary, but eventually we returned to the Puddleby mushroom hut with the obelisk in tow. Everyone fought through some very unsettling thoughts intruding into our minds from the shadow plane, and just as we were able to recover our bearings we witnessed the monolith sink into the pool under the giant mushroom. 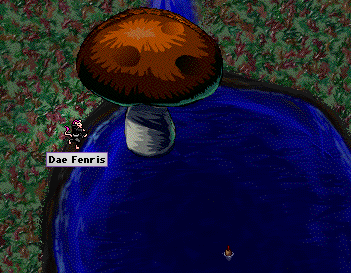 My head is still reeling from the whole thing, but any opportunity to fish is a good one so I've been spending some time in the hut trying to see if I can snag the obelisk...if it's really there. I'm not sure what's to be done if I confirm it's down there, but by then I'll have a belly full of fish so my brain might be working better. Here are some notes I took while fishing, for those who might be interested in the piscine make-up of the pond.

On a related note, if anyone knows how to become a regional philanthropist so I can use a colored bobber I'd love to chat!