ThoomCare Media Network
TMN: Still Thoomin' After All These Years
A New Plane 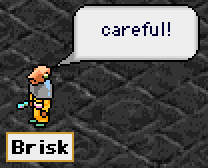 Thoom Paramedic! Brisk here with a recent report straight from the Lour Tour this zodiac. It was an eventful trip and the culmination of a few tours worth of charging, hunting for pages of rend, and translating of ancient triangles.

The tour began with the group using the cloud's mirror portal to go to Fountfell. This portal was setup ahead of time thanks to the one and only Master of Clouds, Whirlwind! From there we took a short trip to the entrance of Shadowspring Citadel with the purpose of checking in on the shadow seal far below in the basement. Our group was mighty and made short work of the rock creatures in our way. As we approached the ancient machinery I thought I heard some soft chanting. I had assumed Ovar was muttering about choosing such a frail host for his pysche and shrugged it off as I was busy bartering with Jamboree for a chain after breaking all mine. There was very little shadow activity so it seemed the seal was holding, however, any amount of shadow activity meant there may be a leak as its been far too long since we checked on it. After passing the ancient and mysterious arcane thrones that sit flooded, yet still burning with flame, we were expecting to find Pelaegia in her home. She was nowhere to be found and it was concerning as she left Tartarg's cave awhile ago but we pushed onwards. We didn't have to wait long to find her, after crossing the bridge she was found panic bubbled into a corner and very trapped by all manor of shadow and rock creatures. It was a difficult battle to free her but when we did she was more than interested in helping us check the shadow seal. Side note: Fanan and I were very interested in the manner of panic bubbling she managed to produce. We must remember to ask how she created a bubble barrier in the future. 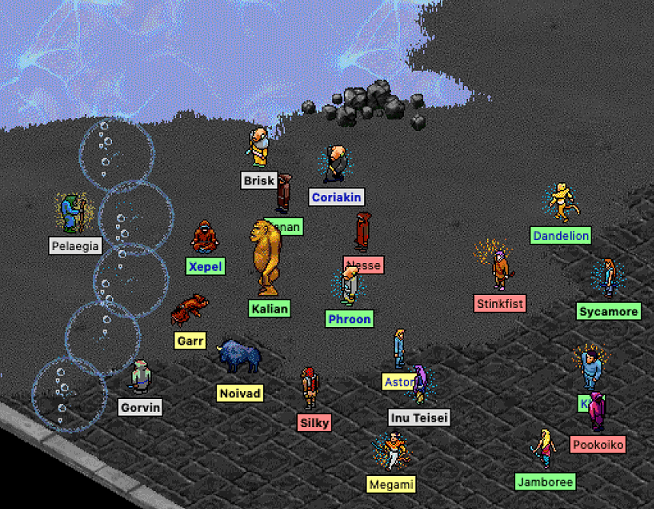 The trip to the seal itself from this point was rather short with Xepel's superior lava cloak skills and we quickly reached the bottom of the stairs. It was at this point I recognized the eerie chanting I was hearing was actually coming from my own pack. It was the page of rend and the closer we got the louder the sounds were until I could swear I was hearing it sing. Coriakin asked to see the page. I think the song it was singing was something he recognized as well. All of a sudden I saw a gleam in the eyes of Coriakin and Xepel as they surrounded me attempting to get a look at the singing page in the guise of being bards. As I rushed away to safety there was a strange sensation and a rift appeared in front of me. Folks immediately hopped in and their thoughts of the plane of shadows filled my sunstone. Pelaegia looked alarmed for us and offered a sun lantern to Fanan to attempt to keep us safe, well, 'safer' in our journeys. We plunged in after our comrades. 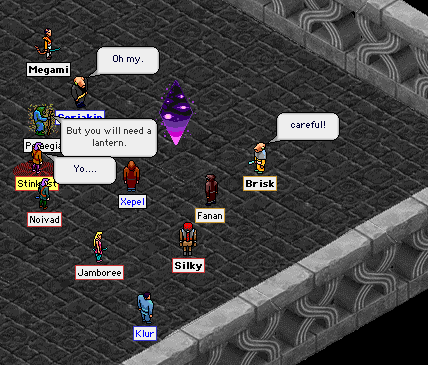 Some of the exiles reveled in the shadows. Perhaps they were just more susceptible or they have been chosen by the shadows as conduits. Fanan was hard at work trying to keep the group sane by sharing his sun via the lantern loaned to him by Pelaegia but was quickly becoming overwhelmed. We fought through a few areas finding new challenges in every corner. Crossing between the islands required a high amount of mental fortitude to find the pathways and each time crossing was very dangerous as a large amount of shadows awaited on the other side. There were "plants" with gnashing teeth, and others that hurt just being near them. We saw shadowy representations of a large assortment of beasts from our plane as well as other forms of pure shadows. The shadows pulled on our cohesion with the group only coming together during extended or difficult battles. While we roamed around the lands of the shadows we occasionally heard speaking from the trees, and some of the trees looked like our own exiles. There was a shadow version of Coriakin, that spoke of a Periwinkle Pen, and another of Inu Teisei that just hurt to touch. I could see sweat pouring out from the hood of Fanan's cloak. He chased after folks holding his lantern high in the air attempting to soothe and expel shadows from their minds. 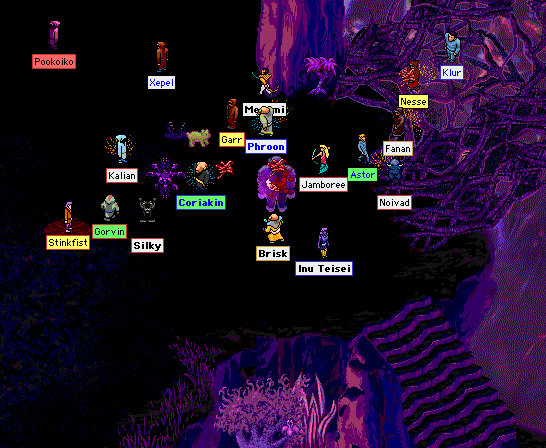 We eventually lost Stinkfist, who ran off on his own, but we could still hear him yelling. After some investigation we found the water flows in opposite directions in the shadow plane, and when we looked above us could see him rowing around a large body of water. Naturally Mork would be right at home, and since we are all Mork, we dove into the waterfall after Stinkfist and landed into the shadow ocean above us. The shadow seaweed and shadow seahorses (are these the correct names?) were plentiful as we rowed around on the backs of Gaia knows what. We regrouped here, all of us afraid to reach over the edges of our sight, not knowing if the shadowplane was flat or round and fearing falling off the edge of the plane into nonexistence. Eventually the braver or more foolhardy of our group crossed and found a whirlpool that sucked us up into the skies to the shadowlands above us. 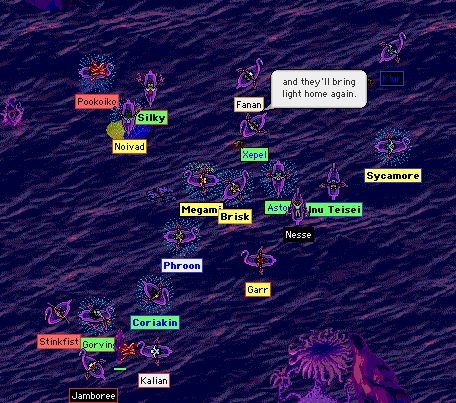 At this point, most of our group had succumbed to insanity brought on by the shadows, myself included. I kept feeling the need to check to the west in a compulsion to complete some mapping and peeked through a crossing. What met me was an instant fall with a whole pack of bears. Fanan sensed my light being extinguished and sought me with his skristal. Praise the sun, I was found! Until, I saw a very overworked Fanan hop over my body and fall right next to me. The others unaware of where we were quickly became fully overwhelmed by the shadows and by the time they reached us were too weak to take the area. Much to Phroon's chagrin, we departed, learning that purgatory calms our minds of shadows. Everyone except Inu Teisei who, at time of publication, tried to absorb into the shadowplane herself. 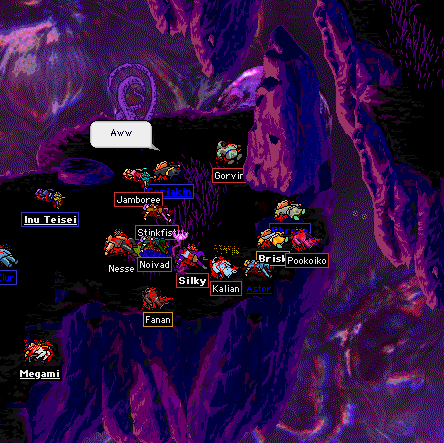 If we are to attempt more expeditions, to communicate with the shadows, or just to gather more information and explore a new plane, one thing is clear. We will need to bring with us more light. It has left us thinking of more questions as well. What else is on the shadow oceans and does it connect to more shadow islands? Is it possible to map the area or does it shift over time? Is there a way back to our plane with our light? Is there a way to control the pages of rend to open these rifts when we wish like the high priestess was attempting? Should we even investigate the shadowplane or will it cause more harm? Would the shadowplane help us repair the other altars in the lands knowing that ours is powered by shadowy light stolen from them? I don't know about you, but I am both excited and apprehensive about this new plane.