ThoomCare Media Network
TMN: Thoom News You Can Use
Azriel on Chaos Storms #786 and #789

I'm catching up on some of Azriel's great Chaos Storm reports. 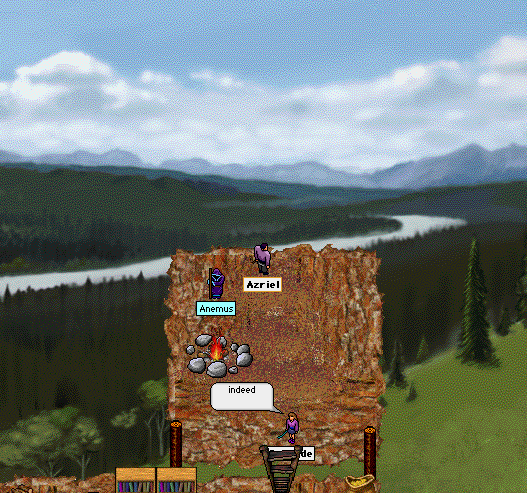 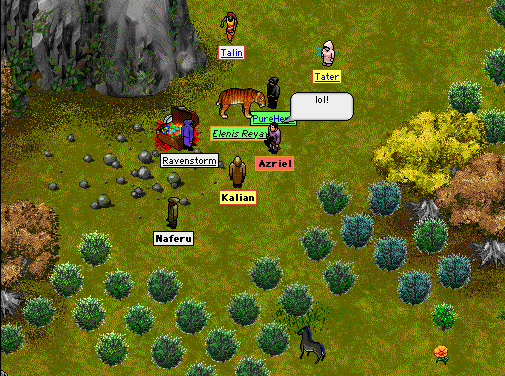 Posted by Para at 07:56 AM
Ethereal Plane Classes and Field Trips 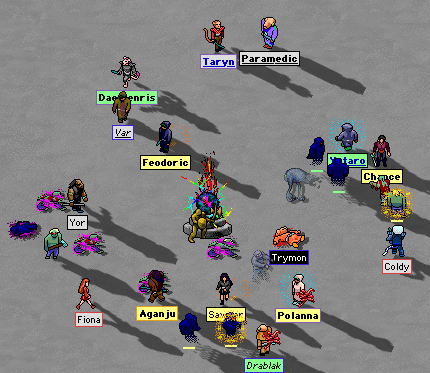 The Hel Tree Order and the University of Puddleby are sponsoring a series of classes (taught by me) on everything you could possibly want to know about the ethereal plane. Topics include: what the ethereal plane is, its layout, how to get there and find your way around, places of interest, why the plane is important to Puddleby (and the world) and the role it has played in our history, what the 'brion brothers have to do with it, what mysteries still need solving and more.

The classes are aimed at anyone who is not familiar with the EP or wants to expand their knowledge about it. Classes will meet every week at the university for an hour or so, and then proceed to the ethereal plane for a field trip relevant to the topic of that class.

The first class will be about the basics - what the EP is and how to get around in it. The field trip will be to the Fourth Sphere via Portal Island.

Time: 9pm Wednesday Eastern Time, every week (first class on May 29th)
Place: The University of Puddleby Courtyard
Total duration: about two hours, depending on attendance and ethereal weather.

I'll announce each class in on the Clan Lord Sentinel thread.

And also in this thread on the Hel Tree Order forums.

Posted by Para at 08:31 AM
Darshak Invasion

Creed sent TMN these pictures from the recent Darshak invasion. 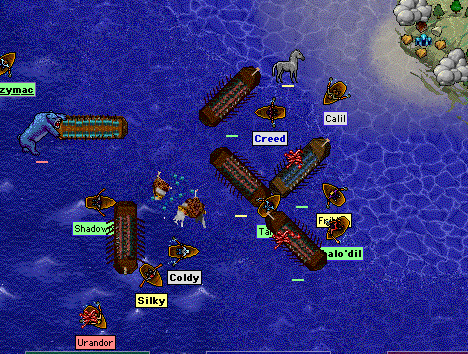 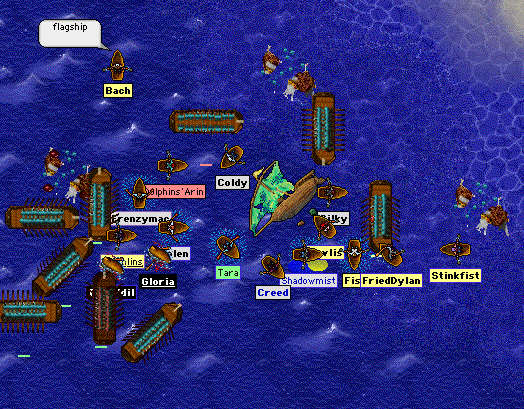 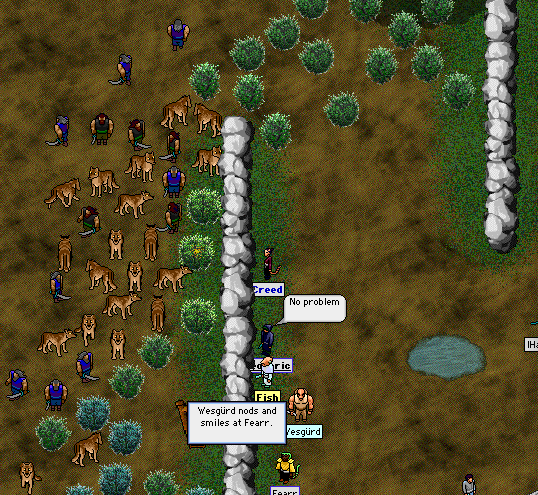 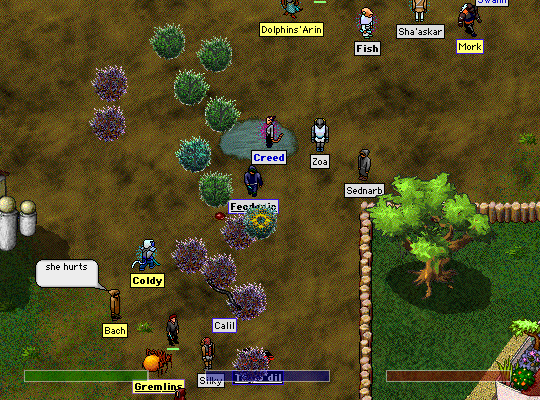 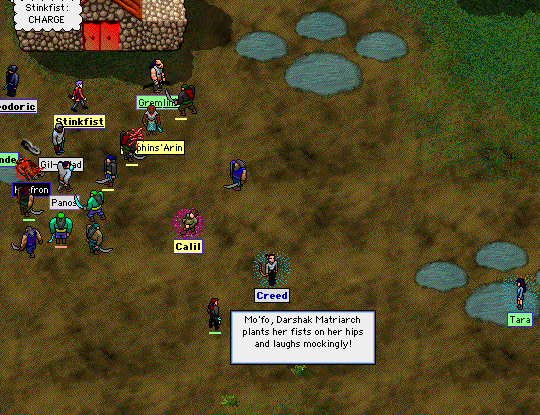 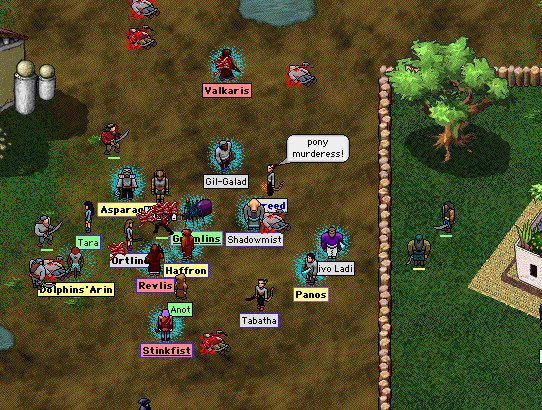 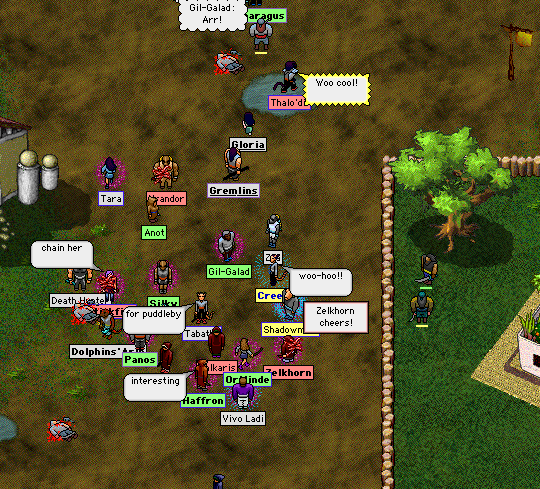 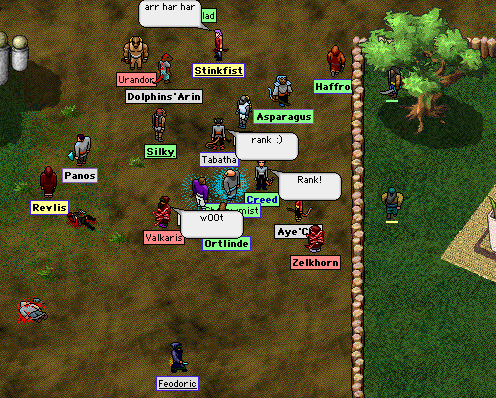 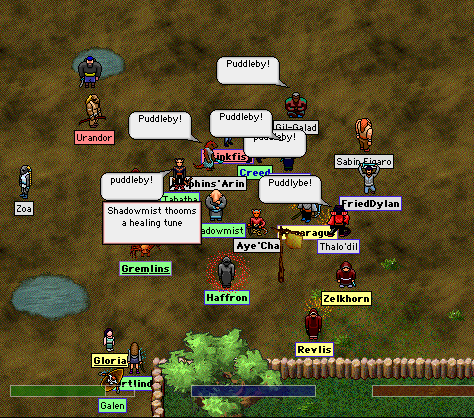 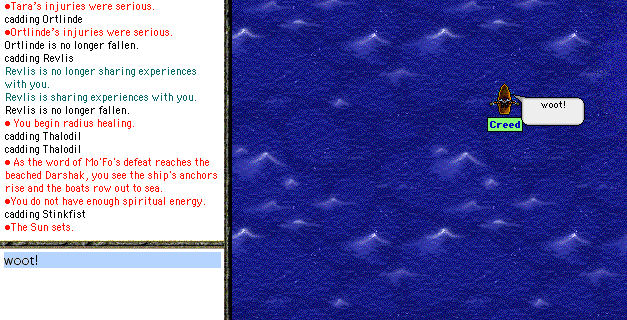 Chaos Storm #807 has swept the Lok'Groton island chain. Please post any changes you have observed and wish to share with others in the comments. If you don't want to read possible spoilers, please do not read any further!

* A couple of touch-ups to a couple of areas.
* The splash screen has a lot of SPLASH! (But possibly a paucity of puddles.) Thanks to everyone for participating in a fun event.
* A regrettable bug in the Mac clients movie code, dating back to v795, has been fixed. It caused player, monster, and NPC nametags to be mangled.

Unfortunately, any movies recorded by the erroneous clients  namely, Mac v795 through v804  were also affected by this bug, and are (technically) internally corrupt. The v807 and later Mac clients do know how to work around this corruption, and will therefore play back both broken and correct movies equally well. But if you try to play a broken movie on a Windows client, the damage will reveal itself. Sorry about that.

Ayelwen has resumed updating her blog since her recent return.

Thoughts of a lost Fen'Neko