Here's some sketches from the recent Trillbane trip which my erstwhile clan-mate Hunter organized. 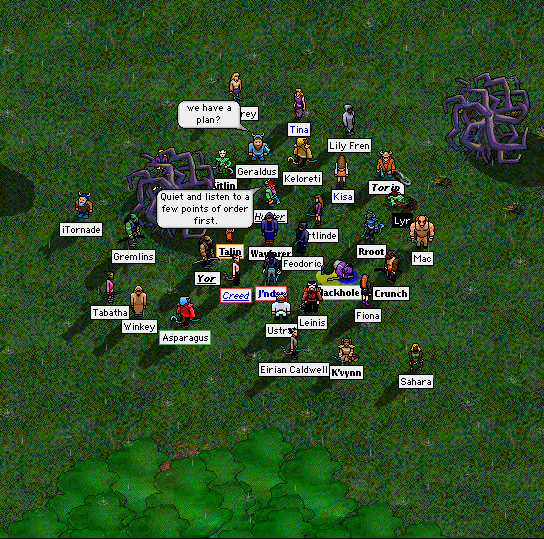 The exiles assembled in CD and Hunter explained the plan. We successfully made it to Trillbane, and many exiles were able to study. Trillbane was in a very chatty mood, and told us that the Orga had a new "god"! We asked if it were Bartok, and Trillbane told us he thought that was the god's name. We resolved to attack Bartok in his lair. 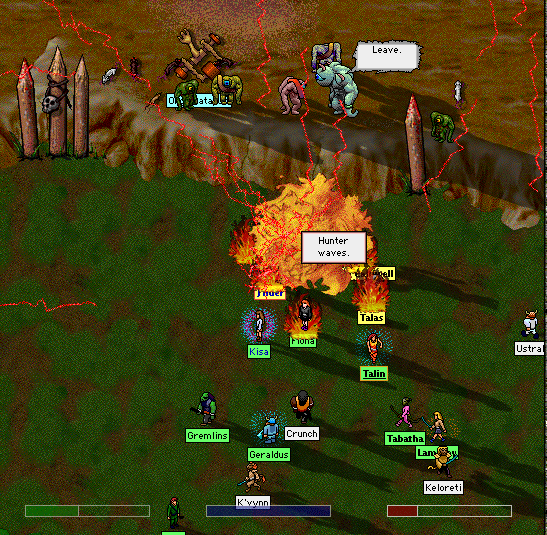 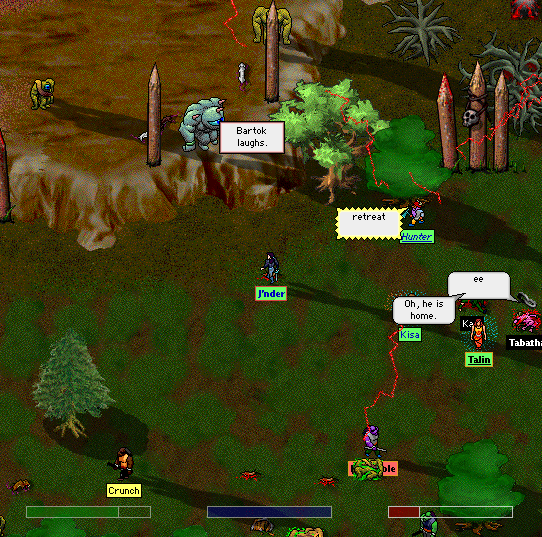 We had to retreat many times to regroup and heal. 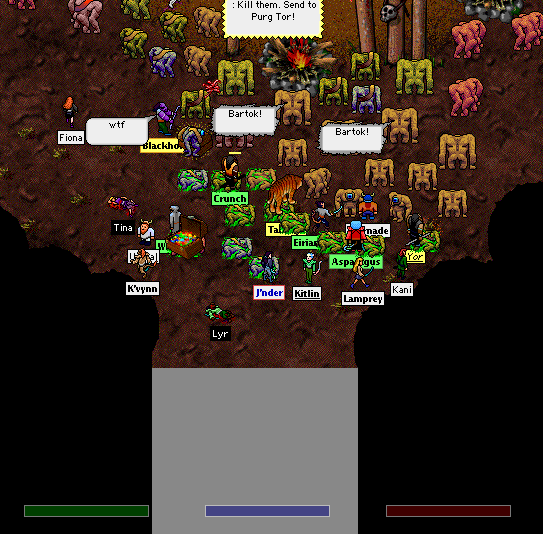 Eventually we managed to enter the main hut to find the Orga worshiping Bartok. That's Bartok telling the Orga to send us to purgatory. 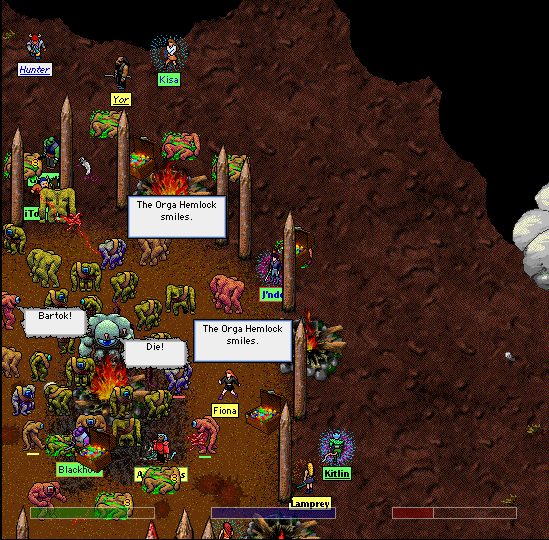 We fought to remove the Orga defending Bartok. 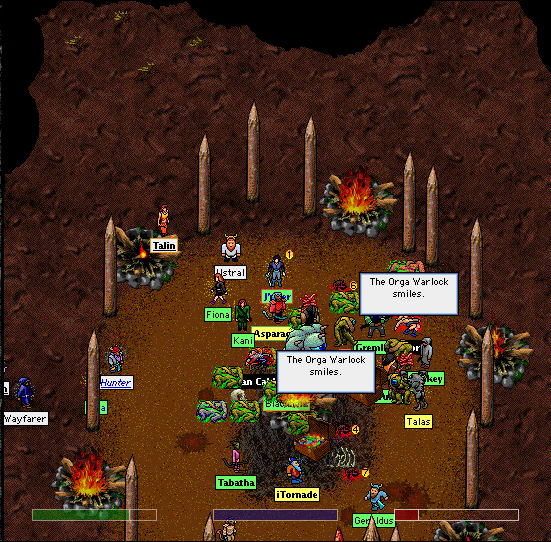 Bartok was down to yellow! We had to retreat at this point only to encounter Orga reinforcements outside. Everyone eventually fell. 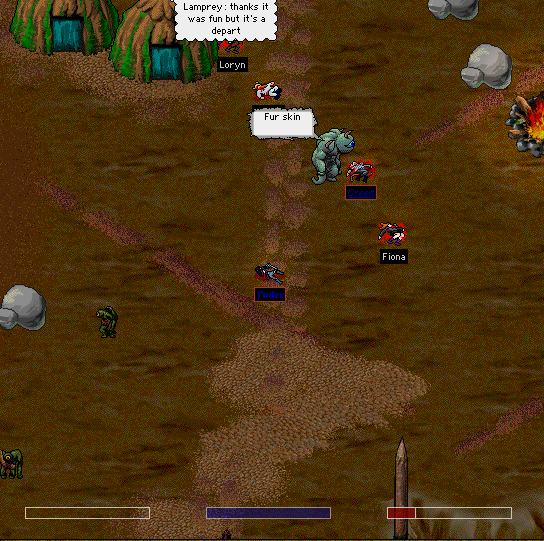 Bartok came to gloat. Creed told him he was ugly! Bartok thought that Creed was ugly and explained why. 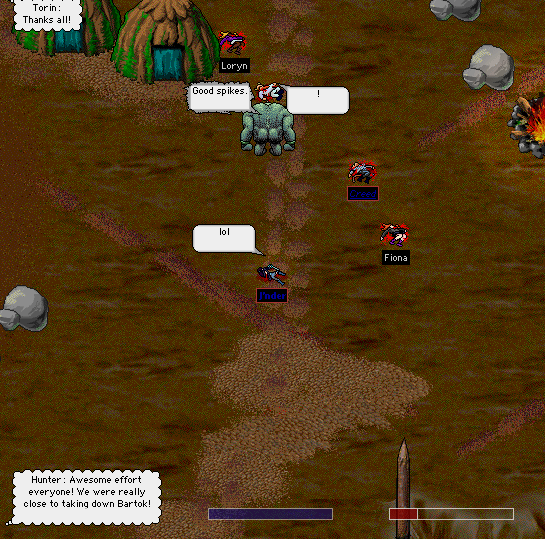 He thought Ustral was pretty though and admired his horns!

Then Bartok summoned his "cook," and we departed rather hastily not wanting to be roasted on a spit!

It was a fun hunt!