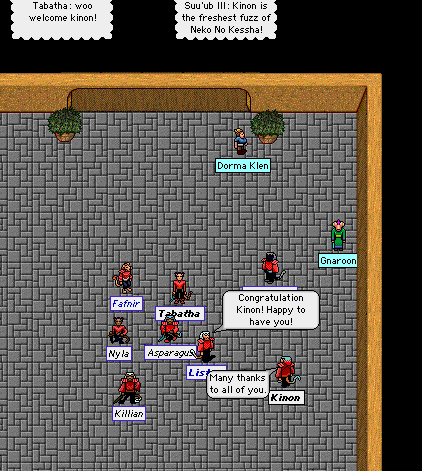 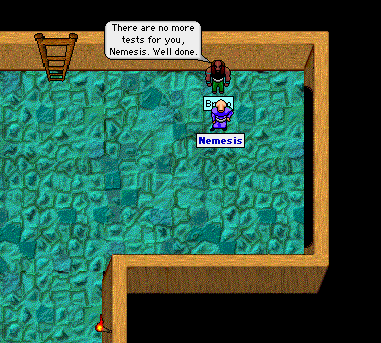 Neko No Kessha is proud to announce the induction of Kinon to the clan! Kinon has been a long-time clan friend, and we're pleased to finally have him as a clanmate!

Also, the clan would like to congratulate our affiliate Nemesis (Turbo Thoom) on his recent achievement in becoming an 8th circle Healer!

Chaos Storm #720 has swept the Lok'Groton island chain. Please post any changes you have observed and wish to share with others in the comments. If you don't want to read possible spoilers, please do not read any further!

* A navigation problem with the flying island has been repaired: certain valid destinations that had inadvertently become unreachable (notably over the South Forest mirror) should now be accessible again. Happy Landings!
* No crashes in 281 days and counting. 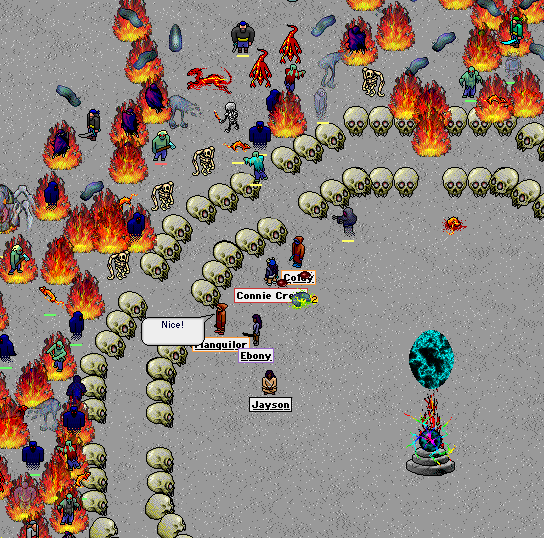 Ya dun said it be a slow news time so I tooked pitchers o our mosey.

Then Tas gotted ported while he were lurin critters and we did sum science. It seems tha cloud in tha ep, notta 'thereal cloudbut that haze thingydun gone back ta portin folks. It seems there mighta been a time ya could be movin when it were passin by, but now it be back ta its original port tha movin exile tricks. I knows it dun that when tha ep were originally bein mapped. Then it seems in my hazy memory it stopped fer a while. Well its started agin. Actual, that splains why I gotted ported a few moseys here back. 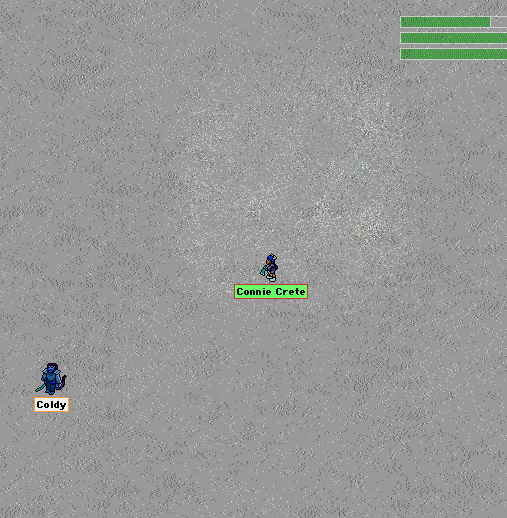 Tha dorfs joined us after tha fire roasts but jest sitn in tha circle bashin stuffs I warnt thinkin pitcher thoughts. Then we wented and helped Taryn at OV but agin I fergotted pitchers. And there was spare noids on tha way what that Kalian and his support group kilt later on/ Agin, no pitchers.