Here's another snippet from the TMN Archives, this time from March 9, 2001.

Thooms in Town Center used to select an unsuspecting exile, gather around him or her, and stare until the person would finally freak out and run off. In this case, the victim was Rutabaga.

I have some very exciting news to share. I finally passed the sixth circle test for healers! I'm so happy that many of my friends were out of the library when it happened, too. I was able to show off my new sixth circle/Kizmia Blue pants to them all. :-) 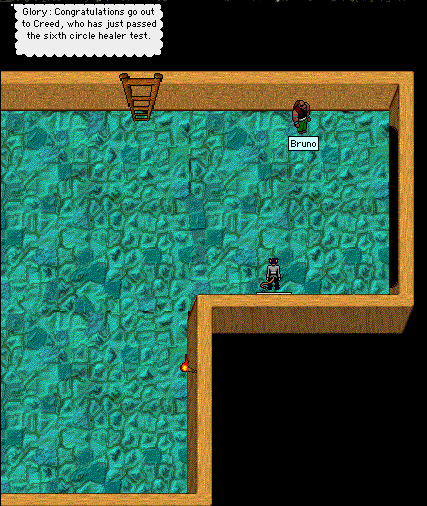 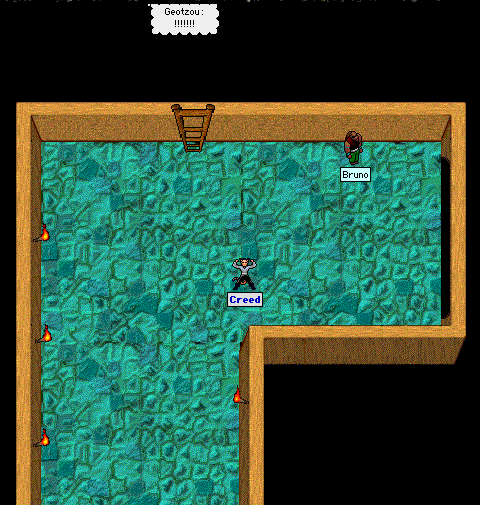 The attached sketches show the aftermath of the test, when I'm still wearing my armor, then a visit I took with several friends to the new area off Greymyr Village. A new creature called the Whipper Wyrm has been discovered there. But really, the most important part is that you can see my new pants! :-) 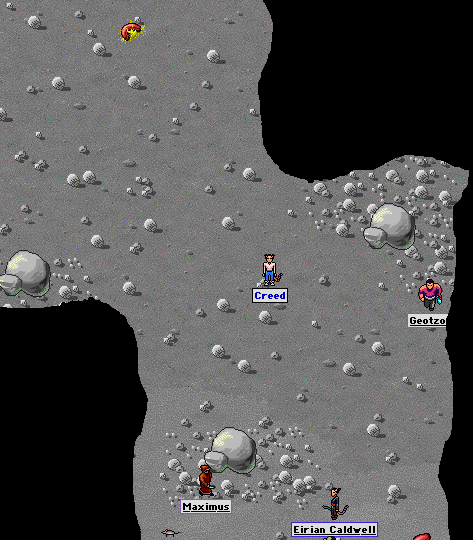 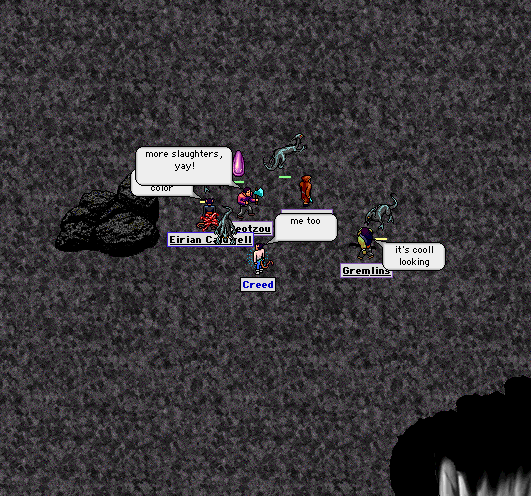 Azriel has posted reports on the most recent Chaos Storms: 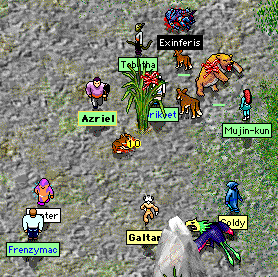 Chaos Storm 759
The Eastern Mountains
Home of the Shadowcats
Other beasts, including the Mountain Bear and other bears
Peculiar activity near North Field and Bard's Field 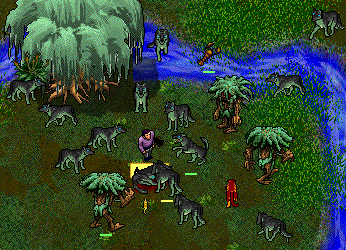 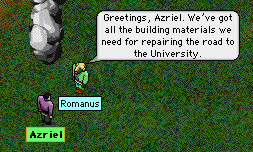 I've been meaning to post some stuff from the archives lately to mark the recent 10th anniversary of TMN. Here are some images from February 28, 2001. I think these might be from the early days of fishing poles. 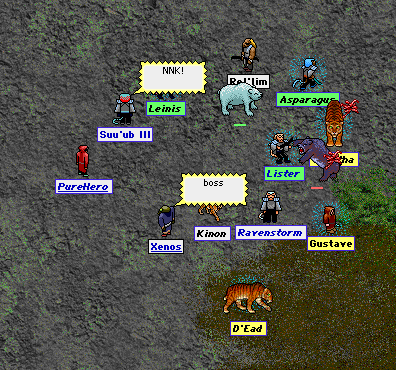 Clan Neko No Kessha has posted some entries in their journal on their visits to Beartown:

Fiona has announced the Puddleby Archery Contest on the Clan Lord Sentinel:

More information and discussion on the Clan Lord Sentinel.

Contest rules at The Clump.

Chaos Storm #768 has swept the Lok'Groton island chain. Please post any changes you have observed and wish to share with others in the comments. If you don't want to read possible spoilers, please do not read any further!

* Some new areas, a new monster, a new quest and a lot of silliness.
* No crashes in 618 days and counting. The record is 723 days.
* Youll have to explore to find the rest of this storms changes.