ThoomCare Media Network
TMN: Thoom News You Can Use
It Happened Again!

I do not expect you to believe this fabulous tale, but as always, I assure you its one hundred percent true! (Names have been hidden to protect them from prying eyes.)

With the appearance of all these pet snails lately, I found myself once again on the trail of the Great Sea Snail. Much more reclusive than its speedier kin, the GSS can be found in the deepest parts of the ocean. Florescent GCP usually precede the great beast, and it is then with a blast of a sea horn the GSS will rear up and reveal itself.

So there I was... eyeball to eyestalk with my prey, and then it all went black.

I awoke on a strange island that seemed oddly familiar. Yes! It was familiar, how odd! It was Iceton! I was back once again after all these years! 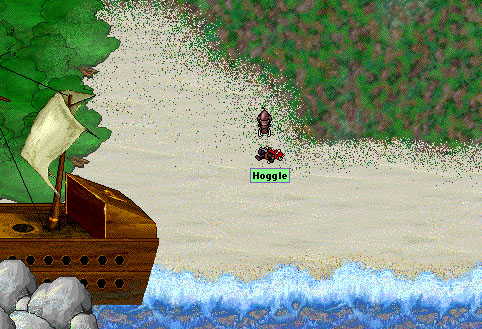 I dusted myself off and saw the dreaded foe of the GSS slither from a pile of rocks. In a war of the invertebrates, it is the squishiest that always prevails. Quickly I ran. As I tried to flee I seemed to pick up a few boar in tow. Aha! The crossing! I had figured out how to navigate it during my last visit here and I just happened to be so prepared again. As with many of these magical crossings, one must take care not to get trapped once you have crossed. 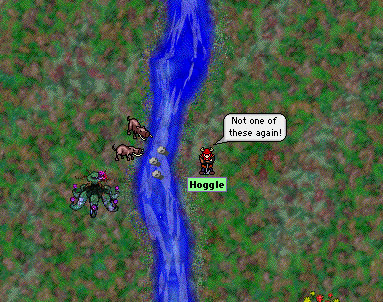 I strolled about and was astonished to see two figures standing about that I didn't recall seeing last time. 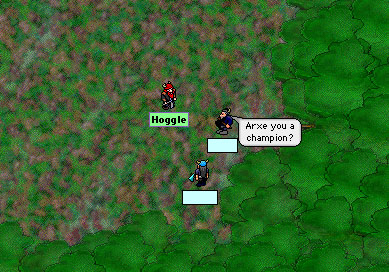 They prattled on about nothing too interesting. I felt a little sorry for them that they had only each other for company and their inane banter. 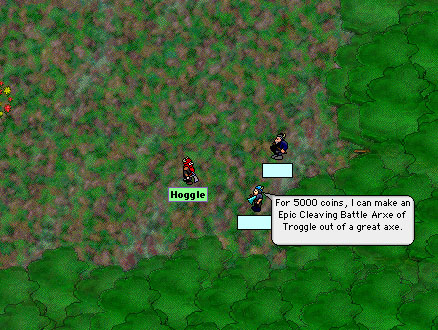 I explored for what seemed like hours meeting various people and creatures. One watery lass seemed to proposition me, but I, preferring the company of more zo-ish females found her charms lacking. 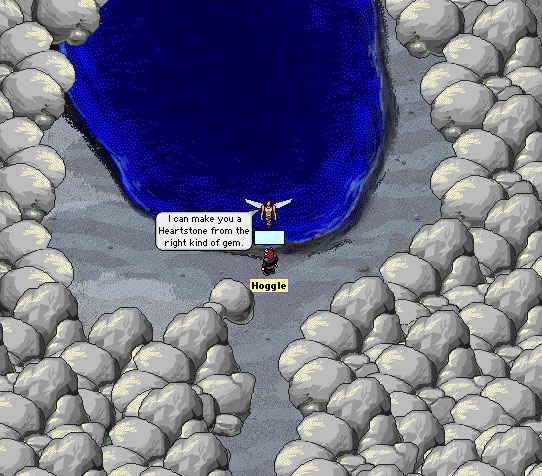 I eventually found my boat on the other side of the island and after drifting for what seemed like an eternity I found myself once again in the Lok'Groton island chain.

Should you make your way there, be sure to bring riches should you wish to likewise return with riches.

Chaos Storm #798 has swept the Lok'Groton island chain. Please post any changes you have observed and wish to share with others in the comments. If you don't want to read possible spoilers, please do not read any further!

* Youll have to explore to find this Chaos Storms changes.
* No crashes in 830 days and counting.

Posted by Para at 07:27 AM
Hrothgrim's Story

Hrothgrim has a journal with some upcoming new entries:

Posted by Para at 08:49 AM
Zelkhorn's Ominous Theory Concerning Pets

Team Misadventure was gearing up for a Foothills run, recovering from portal nausea when Zelkhorn put forth a terrible thought that perhaps begs investigation . . . 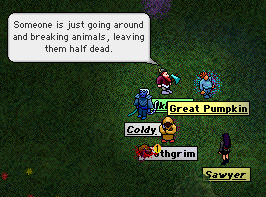 If there is any truth to this, it could prove devastating to young healers eagerly searching for a pet. To know that your beloved Ryu or Wendy is actually a victim of random violence . . . or is it?

Pets seem to be discovered in relatively similar spots, again and again. This seems not only intentional but specifically that we are being told something. Is it a warning? Is it meant as an offering of appeasement?

When asked how this differs from Rangers hunting morphs, or exiles coining the wilds, I say it differs greatly! It starts with these creatures being hostile, albeit with our intrusion into their hunting grounds and homes. While exploring for usable wood and stone to better our town, we are beset by the wilds. Another distinction is that either these animals are killed and harvested, or simply wounded and escape to heal over time. The issue with these pets is that they are simply left to die . . .

This is one Dwarf who will be keeping a wary eye cast about in hopes of uncovering the truth . . . I urge you to do the same.

Posted by Para at 08:41 AM
Project Runway: Puddleby!

It is well known that Panthro is a raggedy simpleton who needs a make-over. Aspiring fashionistas can propose new looks for Panthro in the form of a Stylunk URL (http://seankerwin.org/stylunk-beta/) posted in the thread linked below or messaged to Lion-O. Winner gets 1000c! Look must be for a male Fen wearing a Ranger belt. Both appearance and ease of attaining materials will be considered. One entry per contestant. Contest will end Day 1 of Summer, 591. Worst entry will be mocked. 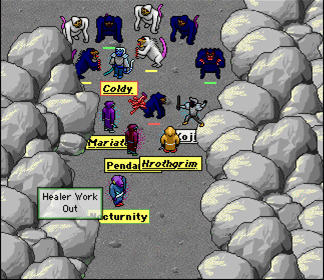 Nocturnity reports that Clan Open Hands has a new Web scroll. Check it out: