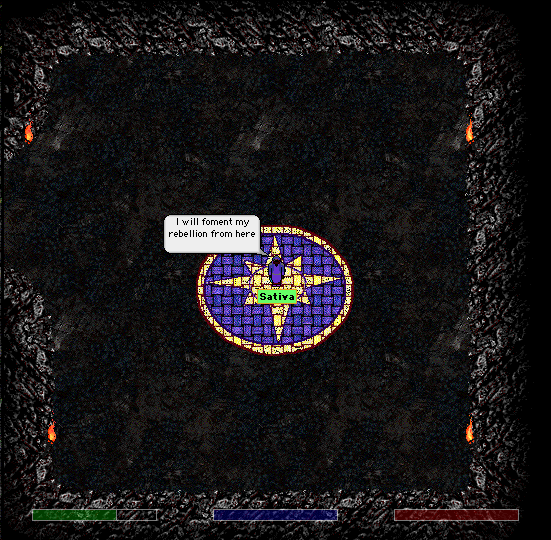 I have been working on my Mystic Rebellion, and now have some support of powerful but clandestine individuals! those who join me will be able to have their voice heard against the ancient and stagnant mystic council, and those against will have to deal with our nonviolent revolution! I have found a secret hideout, powerful supporters, and am making big plans to make my first dramatic blow against the oppressive regime!

Your Local Lord of Illusions,
-Sativa

Posted by Para at 07:48 AM
The Shadowguild 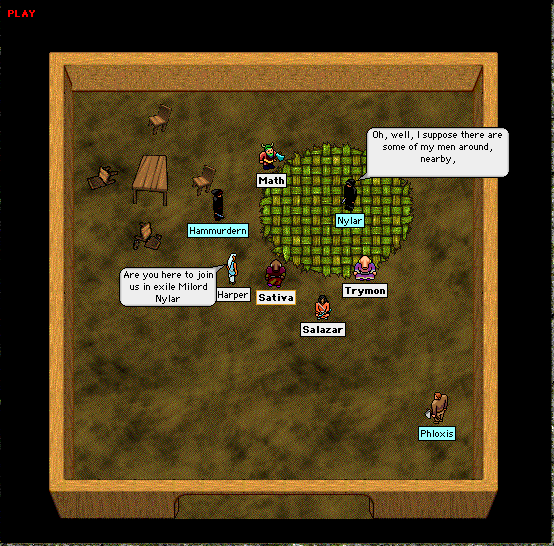 We may have found a lead on Nylar's group the Shadowguild! It appears that he wants to ask the citizens of Puddleby if we can strike a deal with him. He wants us to allow his group of cutthroats and self-professed "Problem-Solvers" to live near Puddleby on our home island, and in exchange we will have their support in our struggles against the Darshak menace. The terms are unclear besides that, but we were able to determine that these people are indeed assassins, and are the same people who fought us to bitterly not a few days prior on the Island of Thieves. Additionally attempts to find the secret hideout of the Shadowgiuld have yielded fruitful results, as our group was able to locate many of his group hidden away in a place called Pirate's Cove. It appears we have a deal to work with, and a new place with a mysterious unknown entrance!

Your Local Lord of Illusions,
-Sativa 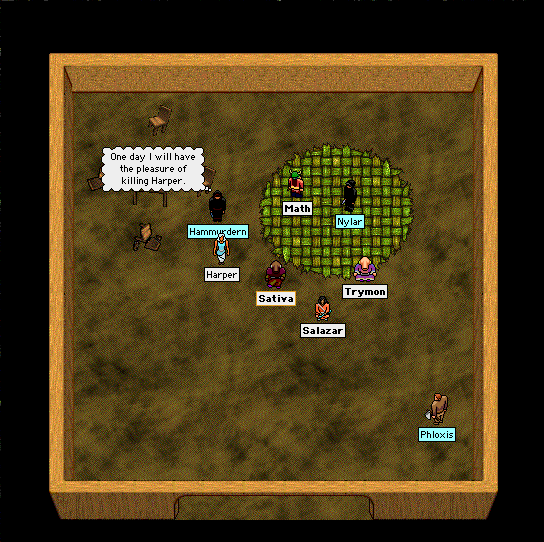 Chaos Storm #816 has swept the Lok'Groton island chain. Please post any changes you have observed and wish to share with others in the comments. If you don't want to read possible spoilers, please do not read any further!

* No notably visible (or visibly notable?) changes this update.

Arr in response ta calls for citizen strippery, money fer my corpse, and other silly things. The Pirate King announces a battle for honor in the badlands. Sunday July 21st.. shortly before open hunt-ish time probably.