ThoomCare Media Network
TMN: Thoom News You Can Use
The One That Got Away 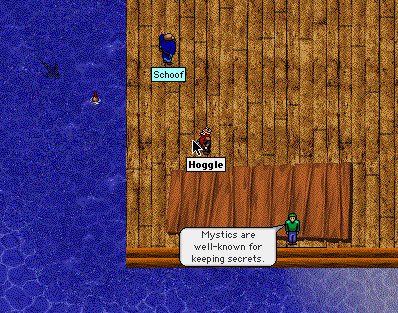 Beware all fishermen and fisherwomen! Read this, for it might one day save your life!

I was out on the docks just kinda throwin' out a few casts in the wee hours of the night and wasn't really catching anything good . . . then I felt somethin' heavy at the end o'my line. It was some type of strange sea monster! I managed to pull it onto the dock and a fight ensued. 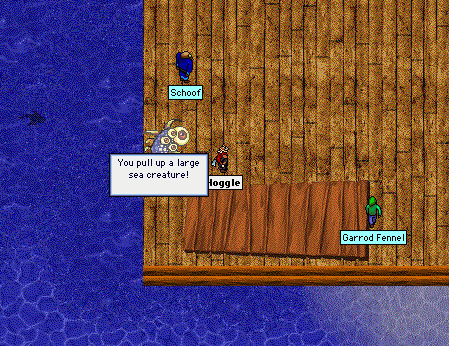 The creature just seemed to stare oddly at me as I swung my gossamer blade like a madman, unable to land a single blow. 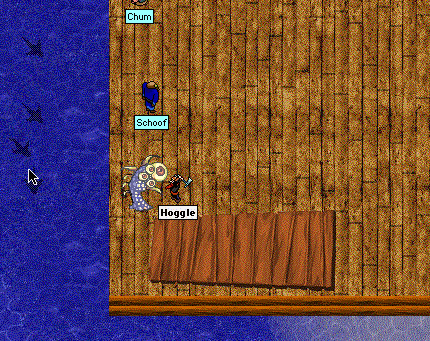 Before I had a chance to morph . . . bam! the google-eyed sucker beast pulled me into the watery deep! 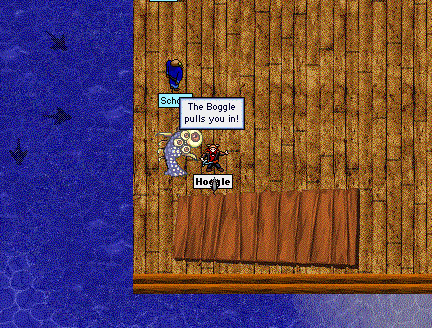 I found myself underwater without a breathing potion to my name. I managed to get through a maze of seaweed and spotted some type of underwater sylvan lookin' gal off in the distance . . . unfortunately, I found myself rather short on breath, or I would have engaged her in a bit of conversation. 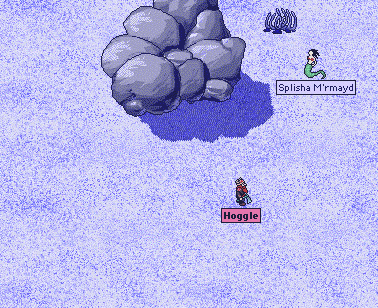 So, I lay fallen for a good 5 minutes and contemplated my assured depart from this deathtrap ocean. How am I supposed to toggle for here???? Anyways . . . as I lay there grumbling about my current predicament under the dark blue sea, I washed ashore and was found by Nesse. He got me a healer and I lived for another day. 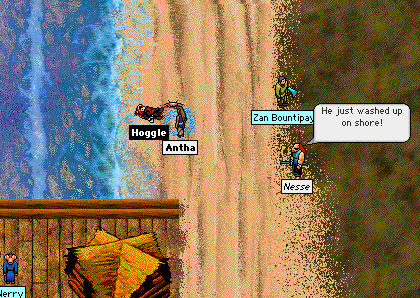 I searched the beach for some time but was unable to find that creature. I am offering 5,000 coins and my great axe to the person who killed it (if they stuffed it). I would really like to put this odd creature in my house. thank you.

P.S. ALWAYS carry an underwater breathing potion with you if you fish!

Oh no! Hoggle did it again! I like the offer of the reward at the end ;D i have a feeling nobody's gonna claim it.

I have a visionstone of this creature! I was walking by and saw it on the docks. A mob of us were trying to tag and Nesse came by and killed it. He said it was called "The Boggle" but no one else was able to hit it. He was probably looking for another when he found you.

Have you started your morph training yet?

Heh.. sorry it was me. I thought it would be funny.