ThoomCare Media Network
TMN: Thoom News You Can Use
iStone

I heard that there is something called an "iStone" going on sale in Puddleby tomorrow? Do you know where the queue for it begins?

Also, do you know anything about this "iStone"? I heard you can do all of think to others (like a sunstone), listen to bard music, & browse scrolls (like Thoomcare, Sentinel, Puddleopedia, CLUMP) on it.

After a lot of work, I found a picture of what this "iStone" is supposed to look like, & have attached it. It sure doesn't look like any kind of stone anyone's
ever seen before. Do you think this "iStone" is all rumour and hype?

An anonymous source submitted to TMN this unverified rumor:

The rumor is spreading slowly that Stuenora will have a new device for sale starting on Spring 51st, 567.

A few details about it:
The new device is called the iStone and will:
- sell at 5999 coins.
- is supported exclusively by the Mystic Network, who does the "activation" for about 6-700 coins.
- costs only 600 coins per zodiac to maintain service.
- lets you store Bards music (comes preloaded with Xepel's latest album and a Rakshasa compilation)
- lets you play Visionstone movies on the go
- lets you receive your postoffice mail wherever you are!
- is bundled with the handy PuddlebyMaps service
- offers the traditional services of the sungem, but with a better interface and the ability to manage your groups more easily.

Stuenora will only have a few for sale, so get in the line early or miss!

More information is available on the Clan Lord Sentinel.

Chaos Storm #499 has swept the Lok'Groton island chain. Please post any changes you have observed and wish to share with others in the comments. If you don't want to read possible spoilers, please do not read the comments.

Posted by Para at 08:25 AM
Ethereal Incursion Imminent

Please pass out as widely as possible. Asenath will be there, I won't be able to be.

A large force of exiles managed to defeat the ethereal incursion on Noth earlier today. The kyeum was successfully powered up.

Exiles lure creatures from the north, where the kyeum was positioned.

Hoggle sent to TMN this image of angry noths reacting to the presence of exiles.

The next Ethereal Incursion will be on Noth, just south of the magical barrier, sometime before noon, Merdi 88 Day Winter (roughly 9 A.M., 6/16/07). 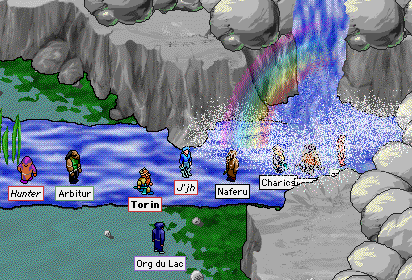 Torin and Hunter report on OWE News on a trip to Metz, Lady Sarra's Grave, and some images from Hunter's archives.

Posted by Para at 11:24 PM
Dragged by Bartok 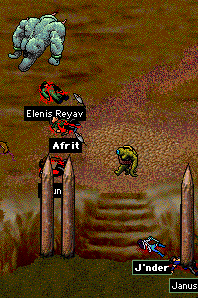 Torin reports on OWE News that in the aftermath of the recent Orga Stronghold raid, Afrit, Crunch, Elenis Reyav, Janus, and J'nder were all dragged around by the Orga leader, Bartok. 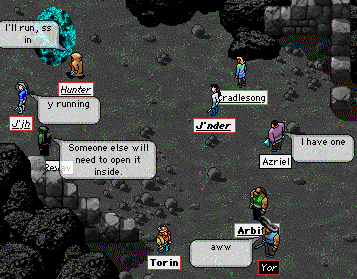 Torin reports on OWE News on Yor refusing to fall despite taking a pounding from earthquakes and Ancient and Basalt Greymyrs.

Posted by Para at 08:26 PM
Expeditions to Sarra and the Orga Camp

Azriel has posted his report on Chaos Storm #493. He describes expeditions to Sarra and the Orga Camp. 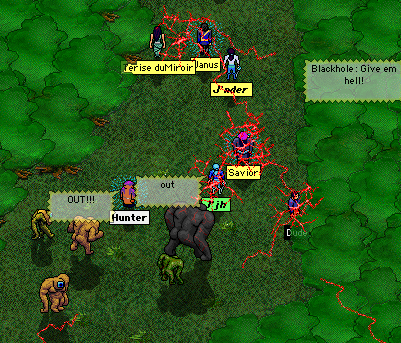 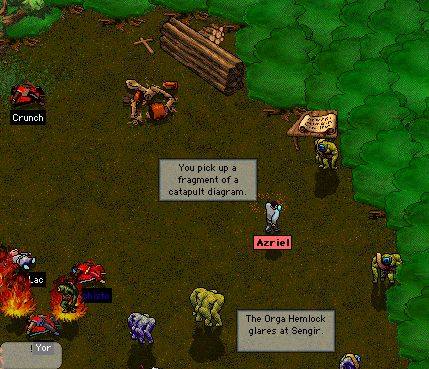 Azriel has posted his report on Chaos Storm #490. He describes assaults on the Orga Stronghold, Pitch and Slate Arachnoid Caverns, and Metz Island.

Posted by Para at 07:55 AM
Greymyrs Bear Brunt of Latest Ethereal Incursion

The most recent ethereal incursion went unchallenged north of the Greymyr Village. Find out more on the Clan Lord Sentinel. 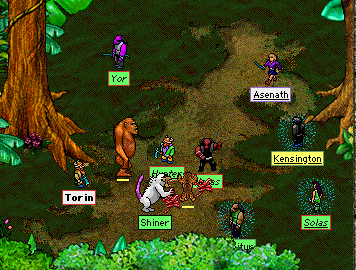 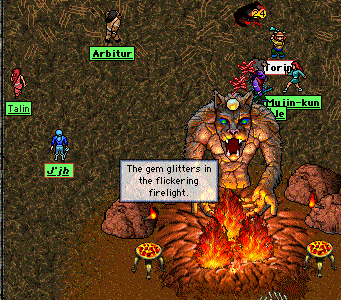 In his most recent journal entry, Largo reports on playing Thoombalt in Zomeo and Thoomiet and on the assembly of a Darkstone.

Posted by Para at 08:34 AM
Clan Lord Myspace

There is a CL Myspace group set up by a good friend of ours.

We were asked to spread the word and thought of TMN.

Thanks,
-Javelin, Ce'Nedra, and Garion

Posted by Para at 08:02 AM
Laughing Academy Hunts Melabrion's Island 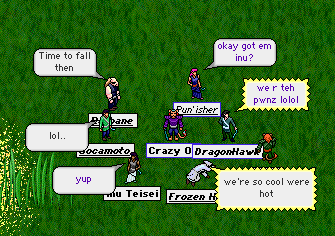 Well Laughing Academy was up to fun again.

Tonight in our efforts to have a LA hunt on MI, we met with utter success as the attached sketch shows: 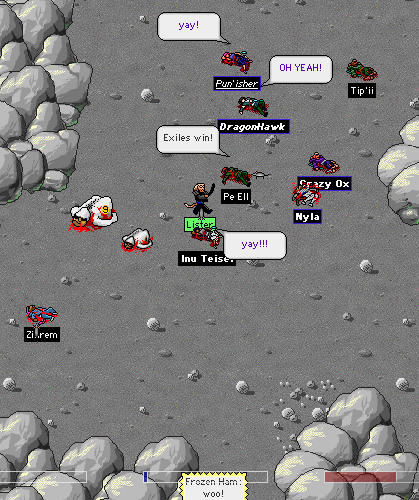 What is missing from that sketch is that Laughing Academy's resident mystic lived! 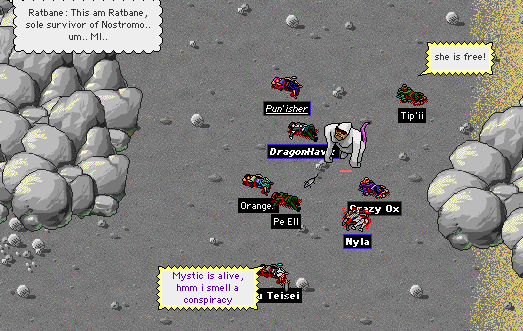 Ratbane took the opportunity to teach us a valuable lesson.

So we want to thank all who saved us or tried to save us. 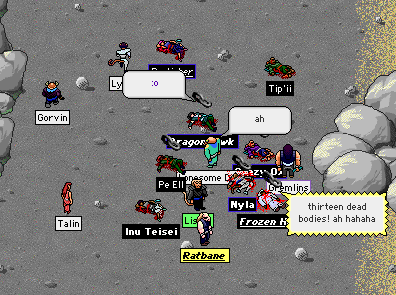 Naturally of course, since Ratbane missed his required fall, 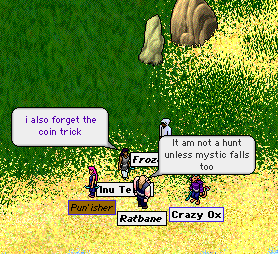 he made up for it in due time after the hunt was over and on an entirely different island no less. 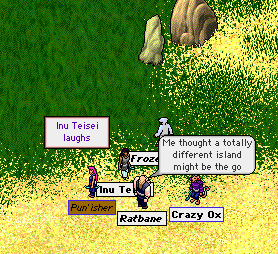 Once Ratbane was saved, we quickly went to work on hooking Pun up with a new look. 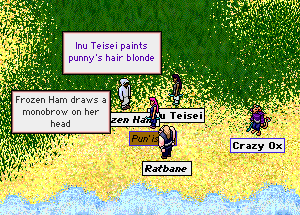 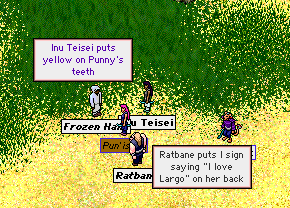 I've made available a more complete sketch album of our hunt.