ThoomCare Media Network
TMN: Thoom News You Can Use
Road to the University 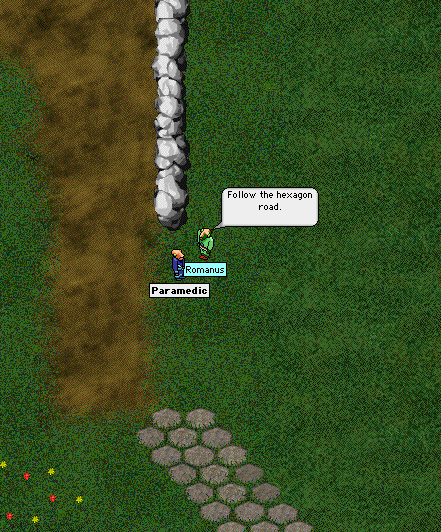 The long-awaited road to the University of Puddleby has been completed! 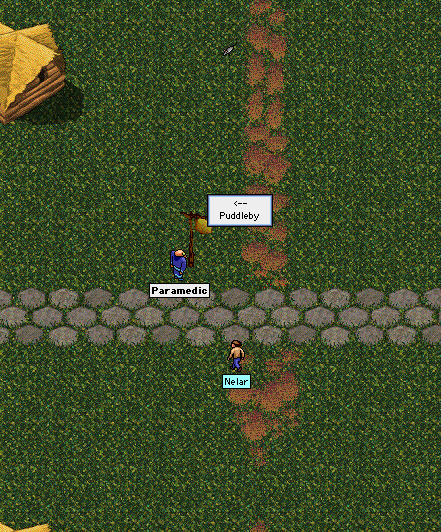 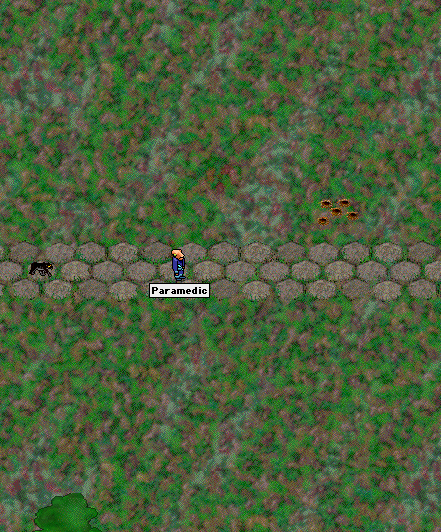 While construction is complete, please do not be under the impression that roadway travel is entirely safe. 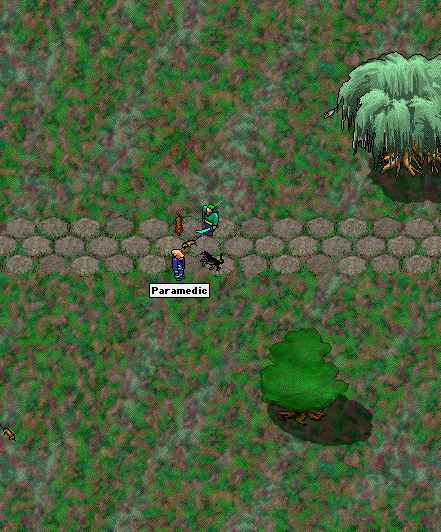 I was accosted several times during my journey. 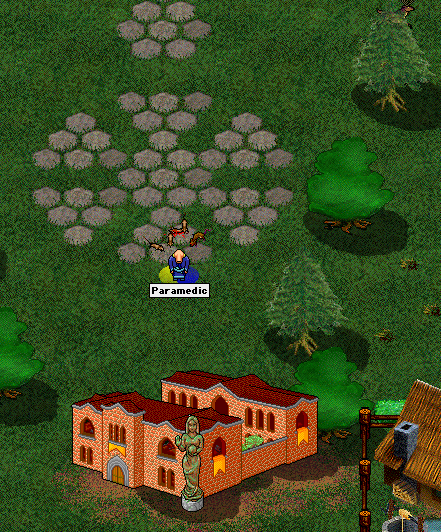 Here's how the new road ends at its destination, the University of Puddleby.

Chaos Storm #639 has swept the Lok'Groton island chain. Please post any changes you have observed and wish to share with others in the comments. If you don't want to read possible spoilers, please do not read any further!

* The Puddleby Zoning Board has reviewed and approved permits for several shovel-ready construction projects.
* No crashes in 383 days and counting. (Does it still count, now that the server has moved to an entirely new machine, operating system, CPU, etc., etc.?)
* Youll have to explore to discover the rest of this Chaos Storms changes. Enjoy!

Note: After v639, we intend to drop the Mac .ppc client, for OS 8-9. Its becoming increasingly difficult to build and maintain that client. The Carbon (.osx) client will not be affected: well keep making that one.

Posted by Para at 09:57 PM
Largo: Fen President for Life? 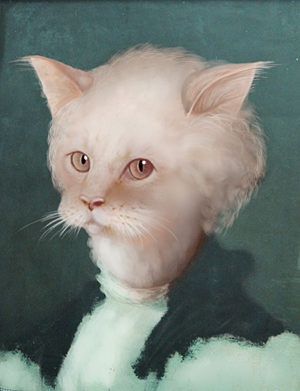 I'm currently working on a piece of legislation that changes my position to "Fen President for Life." Based on the singular accomplishments of my presidency (construction of the Alliance Castle, development of new Champion tools, a new era of Exile/Dar'shak Rebel relations), I've decided that this is the best decision for Puddleby. Nobody has ever used this office in the way that I have, and I don't think that we should bother wasting time with any other politicians ever again.

On an unrelated note, the Largocratic complaint department has been moved to the heart of McBolie's. No further comments.

Posted by Para at 11:34 AM
More on the Opening of the Alliance Castle 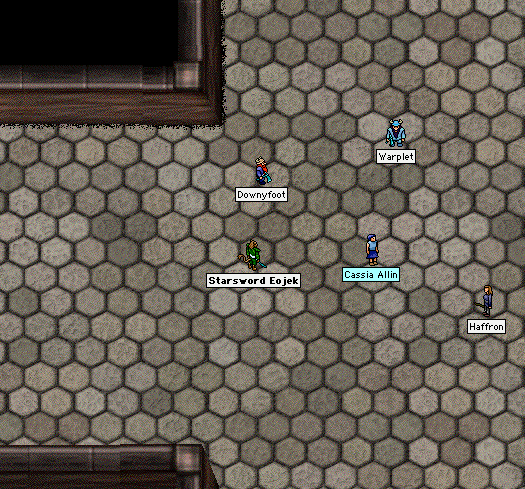 Starsword Eojek sent to TMN some visionstones (ZIP file, 667K) of the opening of the Alliance Castle.

The Alliance Castle project has been underway for quite some time. Find out more about The Great Alliance. 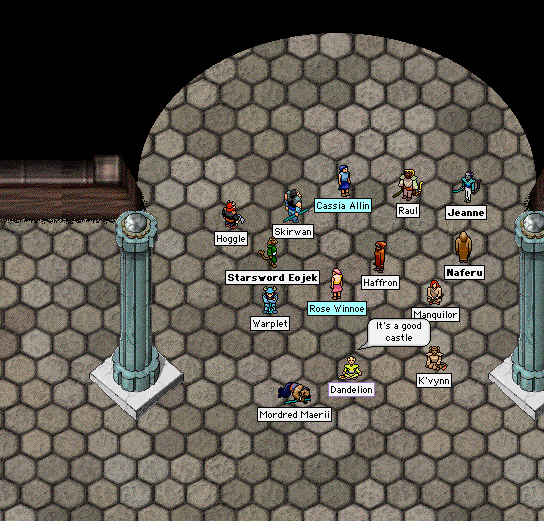 Posted by Para at 01:23 AM
New Server for Clan Lord

We are planning on moving to the new server on the evening of February 16th. We'll announce it all in-game, but what will happen is that we'll make an announcement, save the current status of everyone, then it'll be a Wild Tuesday after that. We'll then copy all of the current data to the new server and restart it. Then, we'll announce that everyone should log off the old server and log into the new one at server2.clanlord.com Once we're content that all's well, we'll give the old server a burial at sea or something.

Later on, I'll request an DNS change and then sometime over the next few days, you should change back to server.clanlord.com

Discussion at the Clan Lord Sentinel

Posted by Para at 10:44 AM
Alliance Castle Opens! 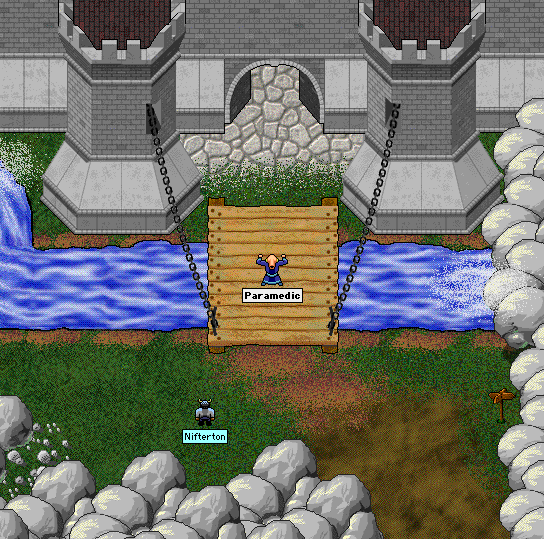 The Alliance Castle is open! Here are just a few images. I recommend you plan a visit. 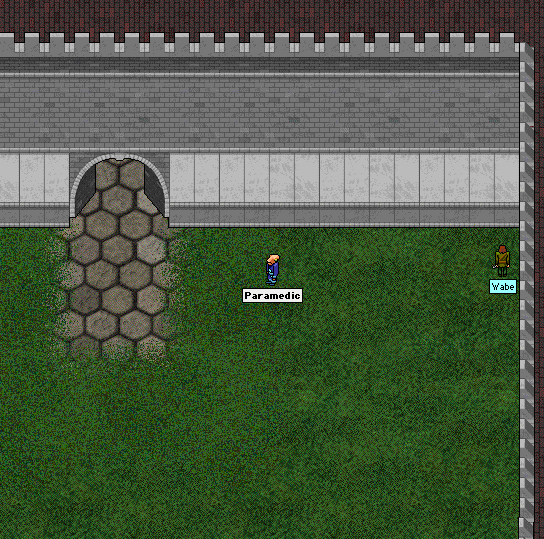 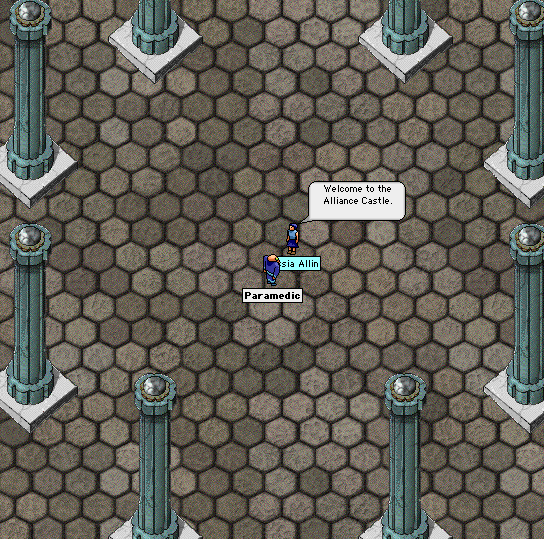 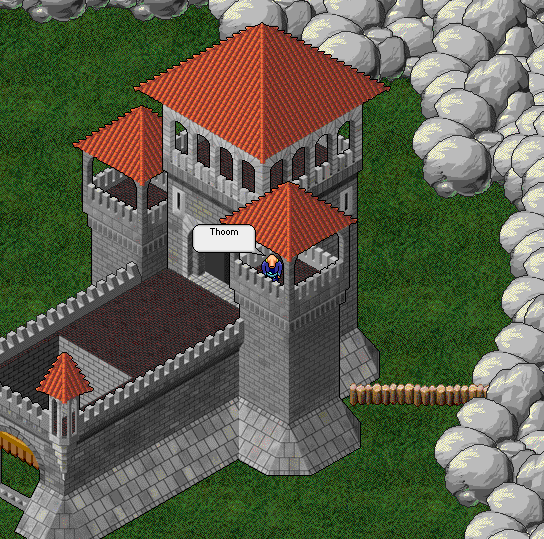 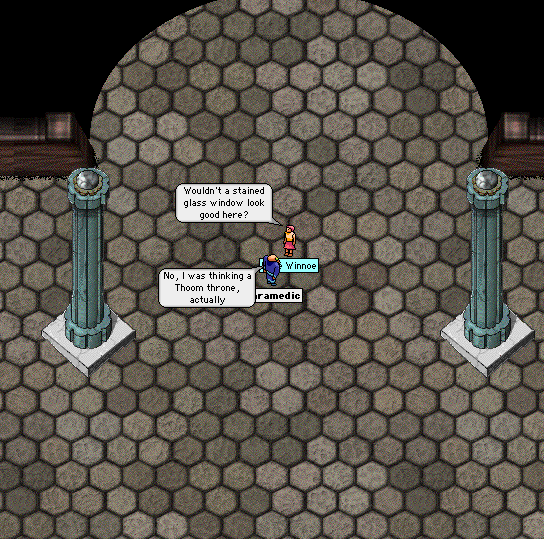 Posted by Para at 06:25 AM
Town Center Flashback

From deep in the TMN archives: a transcript from Town Center from the year 539.

Chaos Storm #636 has swept the Lok'Groton island chain. Please post any changes you have observed and wish to share with others in the comments. If you don't want to read possible spoilers, please do not read any further!

* New quests, new monsters, new areas. Have fun exploring.
* No crashes in 362 days and counting. The record is 723 days. Halfway there!
* Youll have to explore to discover the rest of this Chaos Storms changes. Enjoy!