ThoomCare Media Network
TMN: Thoom News You Can Use
Disaster at the Estuary 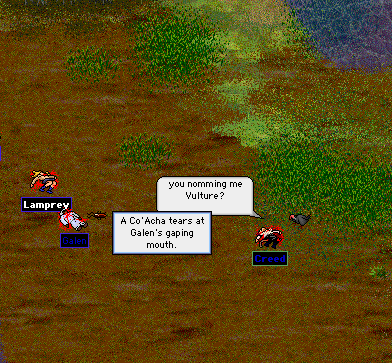 I would like to submit a few sketches from a recent trip to the Estuary. A group that included Xenos, Lorikeet, Fiona, Lamprey, Galen, Eirian Caldwell, Talas, At'n and myself were on a fairly routine hunt when disaster struck and we were surrounded and overwhelmed. Several members of the group fell, but others survived and fled to another snell to regroup for a rescue.

While we fallens were waiting, however, we were "visited" by an especially talkative Common Vulture and Co'acha! As you can see by the attached sketches, they taunted us while chewing on our various bloody body parts. However, when we realized rescue was approaching, the gods took pity on us and gave us "sympathy" experience for our suffering. After all of us were back on our feet, the gods granted us additional experience for the ordeal. 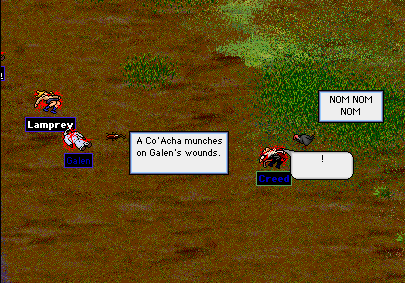 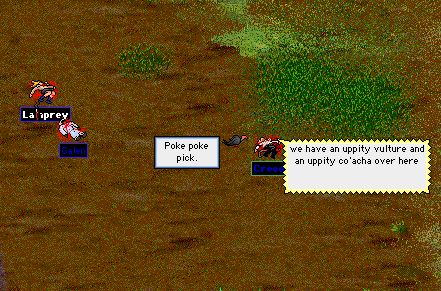 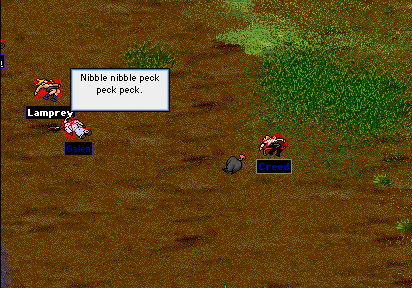 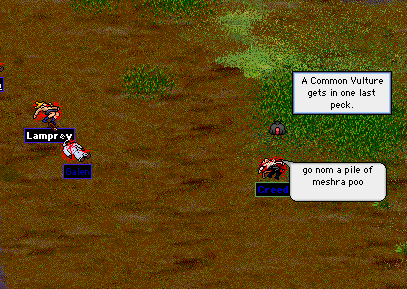 Chaos Storm #729 has swept the Lok'Groton island chain. Please post any changes you have observed and wish to share with others in the comments. If you don't want to read possible spoilers, please do not read any further!

* Tempests washed up driftwood, shells, and wave-worn baubles.
* Youll have to explore to discover this Chaos Storms changes.
* No crashes in 345 days and counting. The record is 723 days.

Posted by Para at 03:10 PM
Books For The Alliance Castle Library 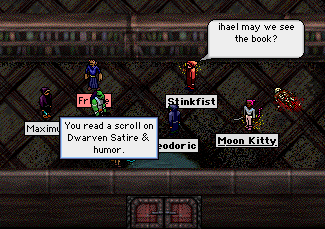 I recently joined a group of pirate scientists led by Pirate King Stinkfist on an exploration mission to Lugubrion's Keep. In the keep's library, we discovered a book and a couple of scrolls lying around unshelved.

Skilled as our party was in the arts of piracy, we were able to liberate from the library a book on the history of the Ripture Wars and two scrolls on elements of sylvan and dwarvern culture.

Our thought was to take these back to the Alliance Castle, where there is an empty library still waiting for books. Once there, we had a chat with the custodian Dekkins, and it turned out that these were just the kind of books they are looking for. 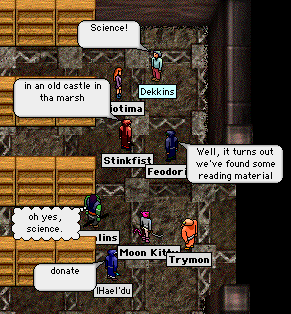 Dekkins says he will prepare the room for an influx of books. In the meantime, if anyone finds any more loose books in their travels, they should pass them along to Dekkins or their local pirate. The Pirates of Lok'Groton and friends plan to conduct more raids upon other libraries in order to flesh out the Alliance Castle's collection. (See the Clan Lord Sentinel for details.) 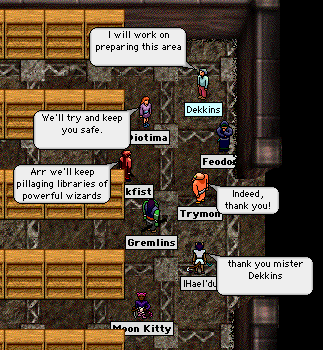 Dekkins resolves to get the work underway

Posted by Para at 03:06 PM
The Slyph and Trymon Music Contest 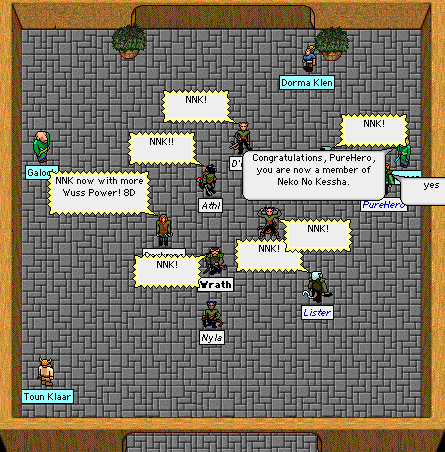 Neko No Kessha was proud to honor military veterans, and especially our veteran clanmates, with a week-long uniform change to camo shirts. During our salute, we inducted a solid new member, PureHero, who is also a veteran. We were pleased to see some folks not affiliated with the clan join us in wearing their fighting fatigues. Was fun, thanks all!

In addition, we'd like to congratulate PureHero for passing the Sixth Circle Healer Test!

Read more at the NNK Journal.