After the v882 Mac client was released, we discovered that its auto-update mechanism sometimes didnt work properly, especially for players using the new Mac OS X 10.10 Yosemite, and maybe for some using 10.9 Mavericks also.

We have built a new v882.1 Mac client which repairs this problem:
download it here.

We recommend that all Mac players manually upgrade to this new client, to avoid a recurrence of the issue during the upcoming v882-to-885 Chaos Storm.

To do so, simply throw your existing v882.0 client into the trash, and replace it with the above v882.1 client.

Chaos Storm #882 has swept the Lok'Groton island chain. Please post any changes you have observed and wish to share with others in the comments. If you don't want to read possible spoilers, please do not read any further!

* Nearly 100 new animals added to the coliseum whitelist.
* Its just possible that we might have solved the problem which was causing Error receiving data from server disconnections for players using the Windows client. No promises, though. 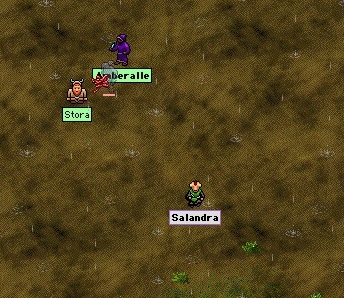 Salandra sent TMN the following account of a day in the life of a mystic.

Posted by Para at 04:19 AM
New Healer Capability 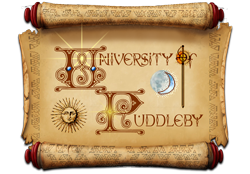 New Healer Capability! New Information! The Rescue of A Curious Dwarf and the Reward that Followed

I was witness to acts last night, acts of kindness and courage on the part of the Pirates so profound that it makes me question our assumptions of them. Are these evil beings who invaded the village of the Ensconcement that the Sky Mystic Whirl wind discovered and now hold it as their own? Or have they become unintentional Guardians of those dangerous lands?

The word went out by sunstone and shout that a brave and curious dwarven woman named Adele had fallen in the lands north of the Ensconcement Village, the place that the Pirates now call Piratesconcin, (but which I will always think of as Whirl winds Landing and Duri the dwarf calls Duris Digs.)

It was a battle of strength and wit and will and teamwork, drawing weapons and moonstones and mystics from all across the lands. The Pirates cried Save Adele! and Puddleby, as always, responded. They jumped from Cloud into snells north of the village, running frantically to the safety of their friends, some succeeding, most falling to the claws and teeth and earthquakes of the vicious denizens of the Sconce.

Hours passed, night became day, and still the battle raged. Many of the lands strongest fighters, healers, and mystics banded together, but still the beasts came, fierce predators of the Ensconcement. Singly and in waves we fell, but were rallied again by the Pirate Captain Stinkfist.

Finally the intrepid band broke through to the body of Adele, fallen between the mysterious pillars that mark the entrance to the strange building in the North of the Enconcement. What follows below is the best information I have. Sometimes I was called away to heal, critical notes were missed. I beg those who had the wisdom to take notes to add the missing pieces. Daimoth yelled "Stay vigilant" when most of us, myself included I am embarrassed to say, rushed to meet this fallen stranger in the strange land.

What follows below might be spoilers to some. But the beings of Puddleby need to know about a new ability enabled this night. It can save lives, it may make all of the difference in the battles ahead. We learned new information about Ancient Machines and other machines. We found old exiles who had been lost for too long (Maybe). And we learned that we may have Dug Too Deep, Gone Too Far, Disturbed Things That Should Have Been Left Alone.

But Adele shared with us a new way of healing. It may not last long! For those of you who wish to know more, please see https://sites.google.com/site/universityofpuddlebyscrolls/adele-s-reanimation-and-triangle-script-discussions.

Chaos Storm #879 has swept the Lok'Groton island chain. Please post any changes you have observed and wish to share with others in the comments. If you don't want to read possible spoilers, please do not read any further!

* Numerous pigeon-toed animals have learned to manage pretty well walking around on the ground. 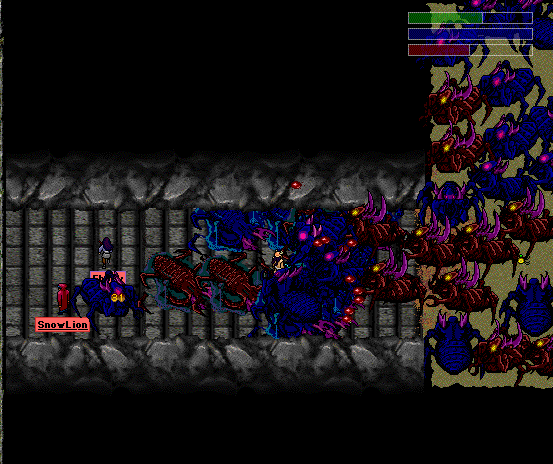 So tanight we had SL and Shadowmist as guests. After a quick jog ta deep toks, I thought o a good Ebsplosion place - Ash Scarymis.

We has decided, and by we, I means me, that bloodmages could use tha skill o bloodwhisperin. Lettn em call tha lil blood candies ta thems when critters is too deep ta let them git their candies. Tha droplets dont gotta move fast, but tha scarymis was too deep fer me ta push em off o tha blood candies. Funny is when a bebby bloodwhisperer steals blood from Stinky. That'd be worth tha price o admission.

Anyway, so what happened.... Eventual SL got bit daid, then Eb got bit daid. I chained em home ta town and they gotted up. We went back and gotted Tas and Shadowmist. Prae had ta short walk. And then we made it home and declared victory.

Only 20% this time. I'll git everybudy ta depart next time.